To finish off our time traveling unit, my second graders had to travel to modern Japan. I wanted to approach it in a way that would link to their world, so we focused on technology.

I couldn’t find a good read-aloud about modern Japan, so instead I opened by sharing my single experience of flying through Tokyo airport on a layover. I was blown away by the toilets. I’m not making this up. If you’re an American who’s ever traveled to Japan, you know what I’m talking about. The airport toilets have a control pad that will let you heat the seat, choose among several styles of flush or bidet, and play music or the sound of running water to mask whatever sounds you may be making yourself. Those were only the buttons whose icons I could clearly translate. This was a great opener for the kids – second graders still think bathrooms are hilarious.

From there, we had a brief discussion about how many of their favorite products are designed and manufactured by the Japanese. Nintendo, Sony, Panasonic, Mitsubishi, Nikon, Toyota, Honda,  all Japanese.

Last, we talked about one of the more recent Japanese additions to digital culture – emojii. Those little smiley faces have gotten so advanced that someone translated Moby Dick into emojii.

For our visual arts project, I had students design an emojii. It had to convey a clear feeling or sentiment, and they had to write about it. We linked this thematically with the Greek masks that we’d made at the beginning of the unit – the desire to clearly convey an emotion or persona with a single image, at a glance.

We closed out the unit by making some travel posters to help the kids work on their persuasive writing strategies. The students had to choose one of the cultures we’d visited in our time machine, and create a poster advertising its best qualities. I was impressed with the variety of facts that had grabbed their attention. 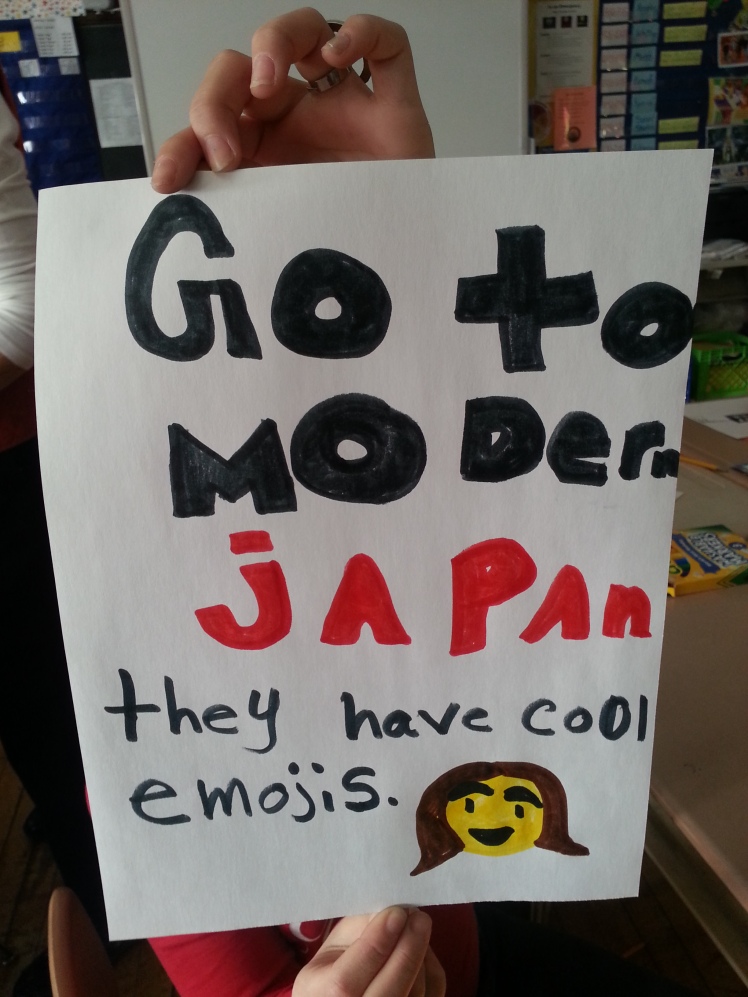 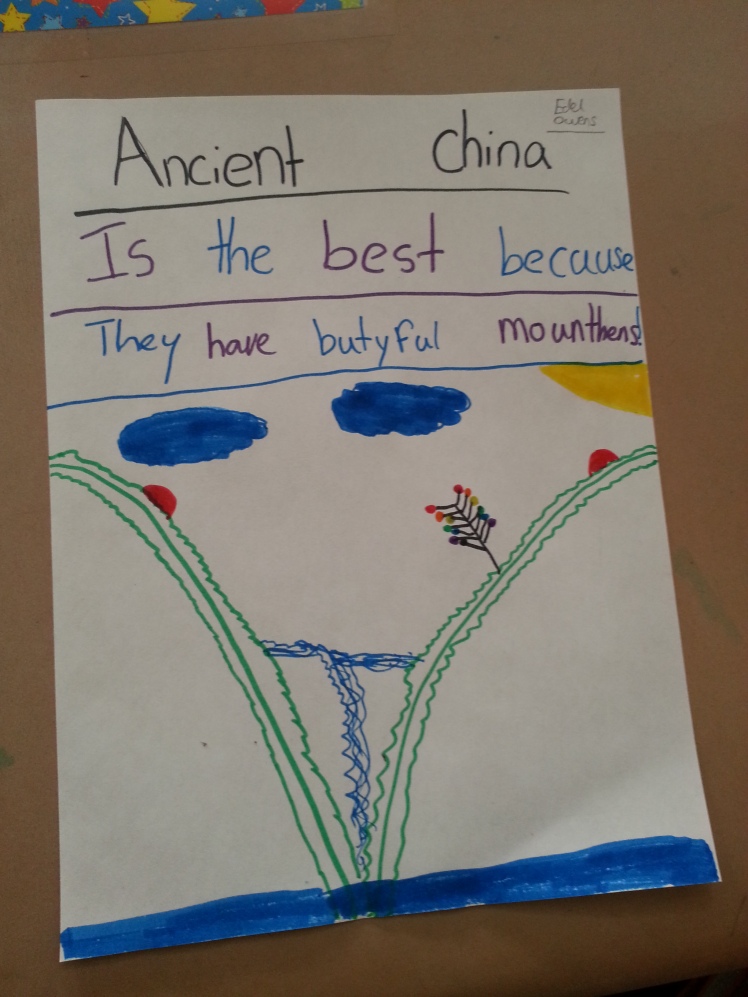 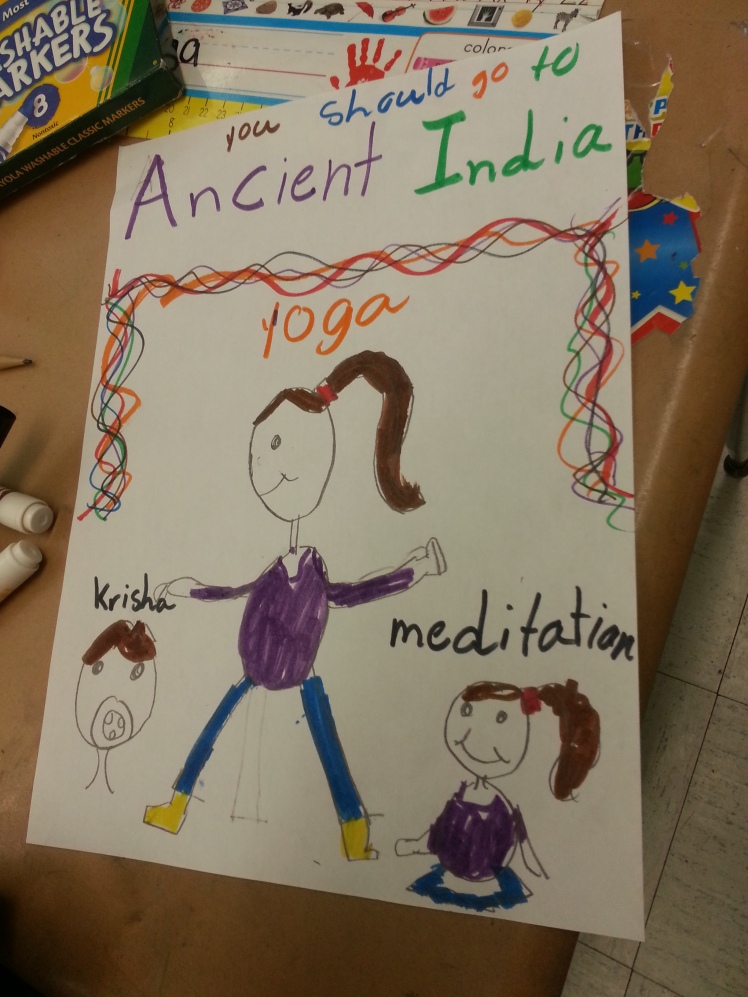 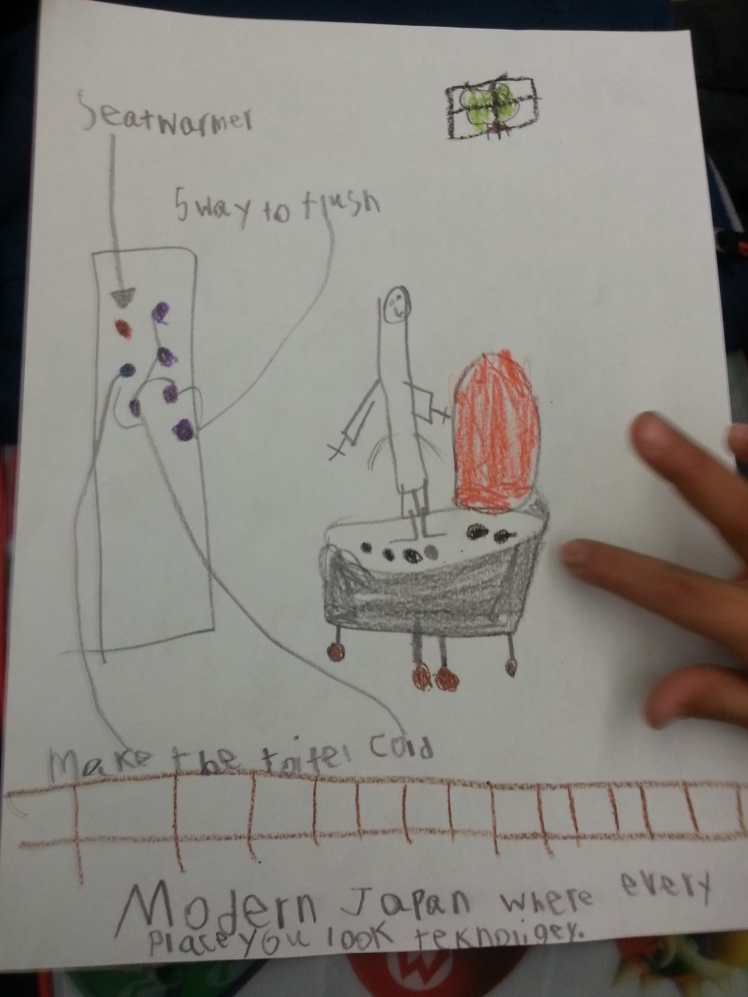 So that was our unit on Ancient Greece, Ancient India, Ancient China, and Modern Japan. How would you have approached it? What would you have done differently? Was any of this helpful to you? I’d love to hear!