Last week I explained how our Rivers game worked for exploring the impact of rivers on a developing civilization. The next thing we tackled in that unit was to introduce the kids to Hinduism, yoga, and meditation, all indigenous to Ancient India.

We started with meditation. This was the first year I’d tried meditation in the classroom. I have teaching artist friends who swear by it, but I was skeptical. It just didn’t seem fun enough for a program like mine.

I repent. I repent completely.

They love it. I give them a choice – if they don’t want to, or if their parents have a problem with it, they may always opt out as long as they are quietly reflecting while the rest of us meditate. We meditate for about a minute, so it’s not like we’re losing valuable instructional time. In fact, we’re gaining instructional time because they’re so much more focused afterward.

I ask them to sit with their back straight and relaxed, palms relaxed, either palm up or palm down on their knees, their choice, and to close their eyes. Then I ask them to listen to the sound of their breathing, and then the sound of my bowl.

This is my Tibetan singing bowl.

They are pricey, but if you have one, or something similar, it’s a great meditation aide. It makes a cool, gentle bell tone when you either circle it or strike it with the wooden mallet. I tell the children to listen to the sound get softer and softer, and raise their hands when they hear the end of the tone. I totally stole this trick from another teaching artist, although for the life of me, I cannot remember who it was. If it was you, please let me know and I will happily credit you!

After meditation, we talked and read about Hinduism for about 2 minutes. Mostly, we established that Hindus believe in many gods, and that they try to live their life with duty, honesty, and kindness. And we talked about how yoga is considered one of the ways to achieve enlightenment in Hinduism. Then to give them a taste of it, I told them one of the stories of Krishna, because it’s very accessible for second graders. Then I taught them some yoga poses. Then we acted out the story of Krishna using the yoga poses.

The actual number and type of poses that we did varied by class, based on space, timing, and hyperactivity, but here’s the basic breakdown: 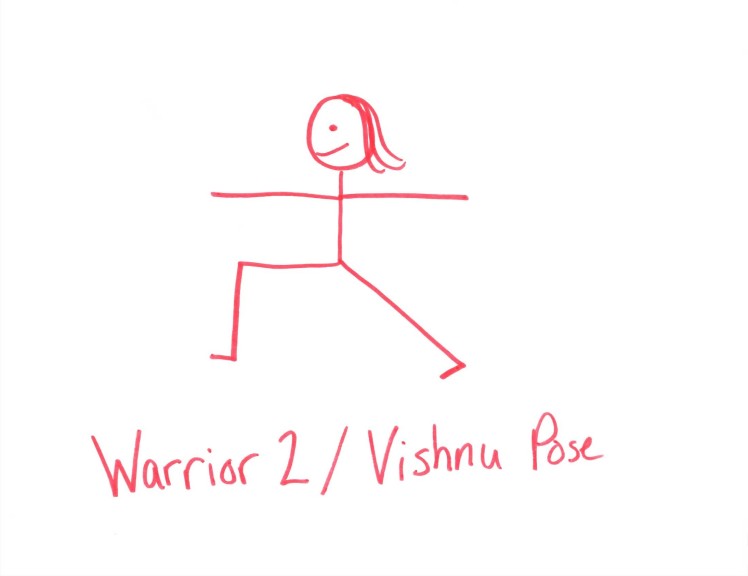 3. Vishnu goes to Earth to be born as a little boy to save his people. (Warrior 3 – we called it “diving” pose because he was diving to Earth).

4. When he is born, he is named Krishna. (Happy Baby Pose)

6. One day, his mother sees him eating dirt. (Cobra Pose) 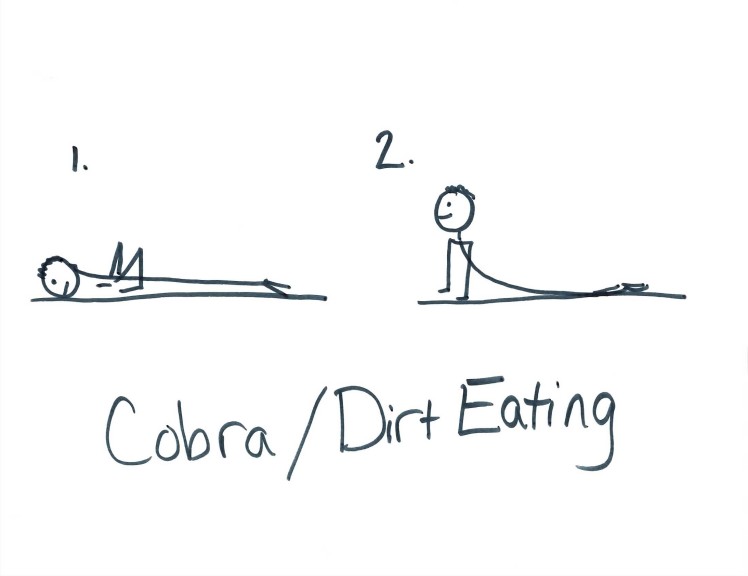 7. She insists that he open his mouth to show her. (Stay in Cobra Pose and open your mouth)

8. But she sees the entire universe in his mouth. (Not a real pose to my knowledge, but we called it the Universe Pose).

Then we did passport “stamps” for India. I managed to snap a couple of pics this time!